Valentine’s Day last Friday was an opportunity for a number of couples to brave the impending storm and enjoy an evening at the Marine Restaurant in Milford on Sea. There have been critical voices that have wondered aloud why anyone would go to a beach-side restaurant ahead of storm force winds and a spring high tide; but there have been so many storms over the past few weeks that there was no reason to believe that this one would be any worse. 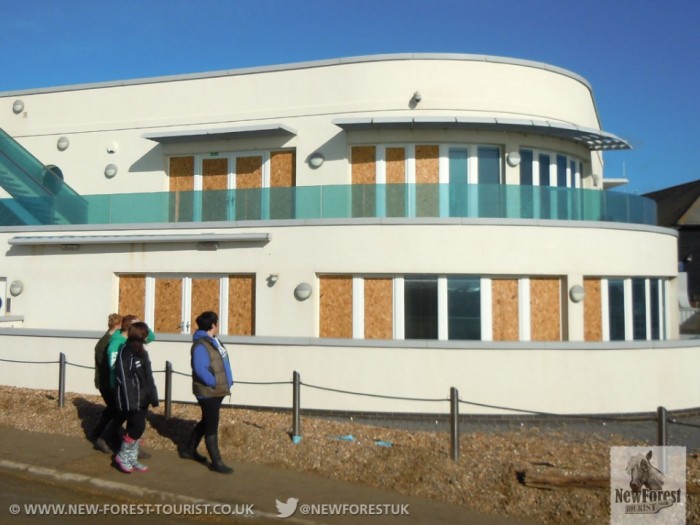 The following morning’s national news carried shaky photos and video of diners being rescued from The Marine by Army trucks. Their cars had been washed away and most of the windows (ground and first floor) had been smashed by fist-sized pebbles being blown up from the beach. The sea came in behind them.

A surprisingly sunny and peaceful Sunday yielded scenes of destruction. Beach hut owners were wandering around like earthquake victims, sifting through piles of fractured wood and wetsuits, trying to find anything that looked familiar. The question that was uppermost in their minds was if their beach hut had been erased from existence, would they be able to relocate the buried foundations and rebuild? Beach huts along the Milford and Hordle beaches sell for £20,000 upwards – would this still be the case (assuming that they could be rebuilt)? 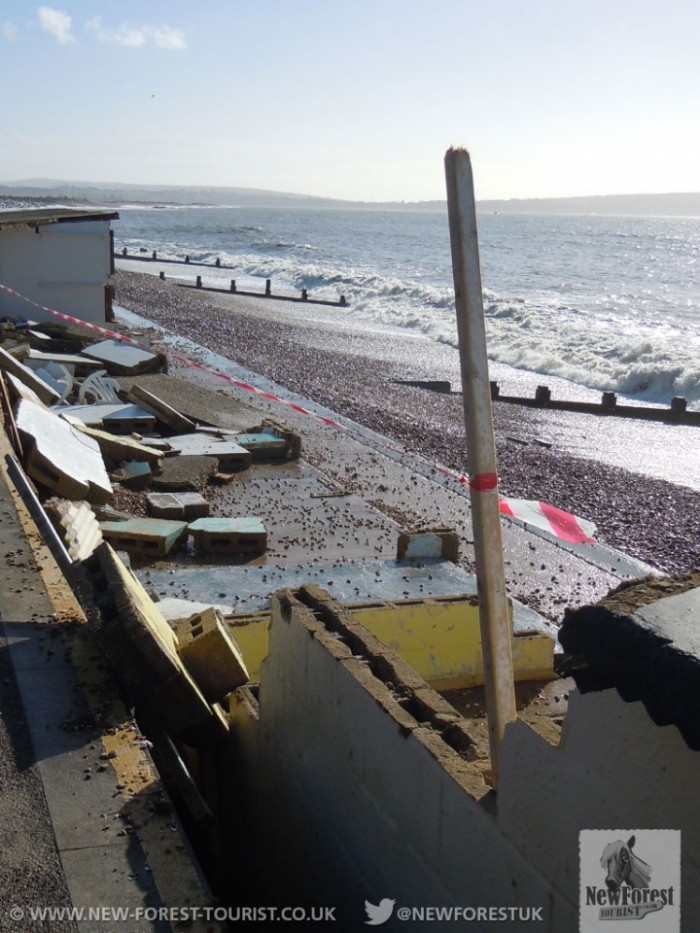 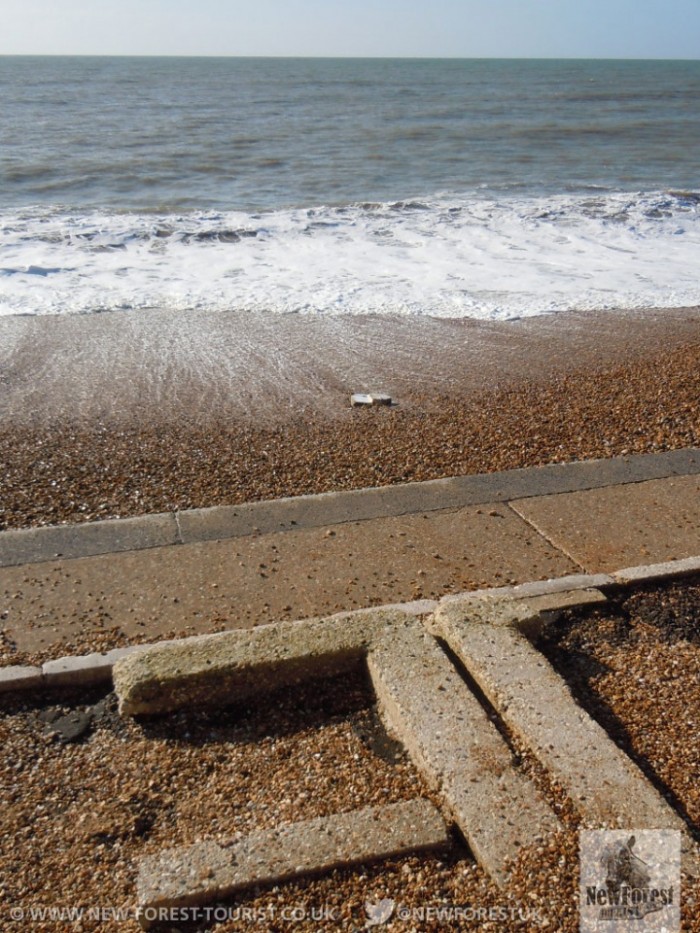 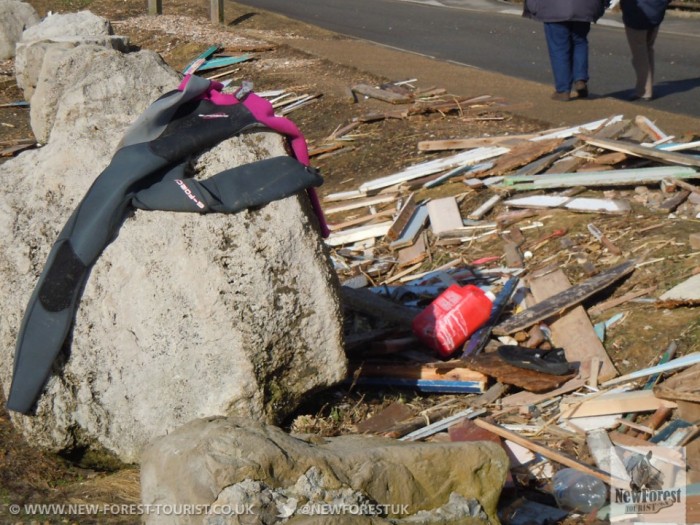 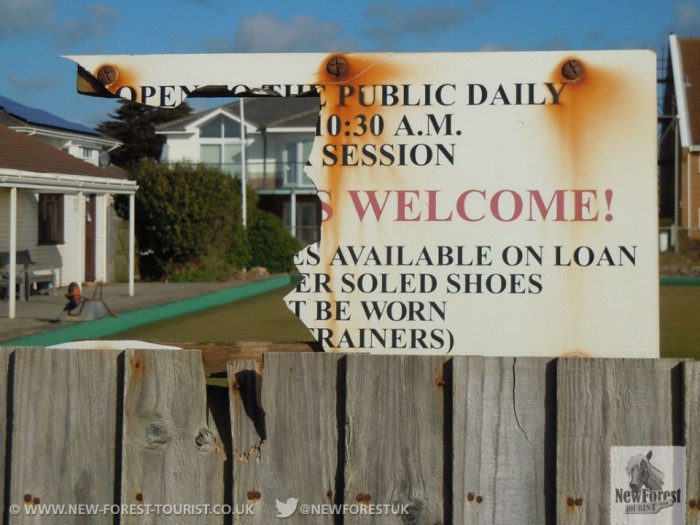 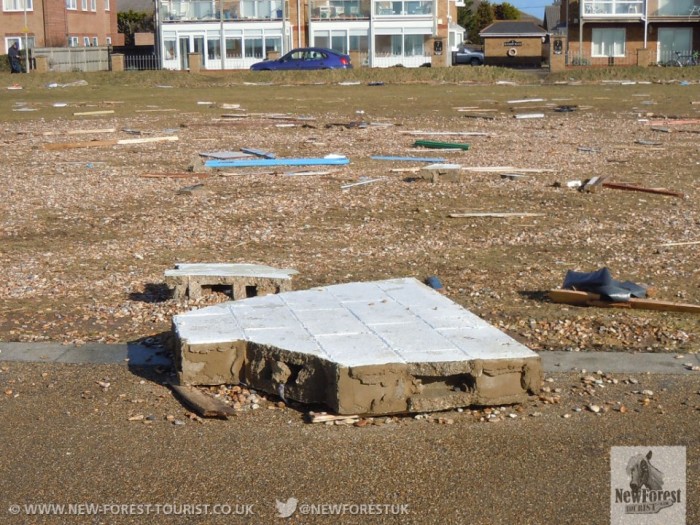 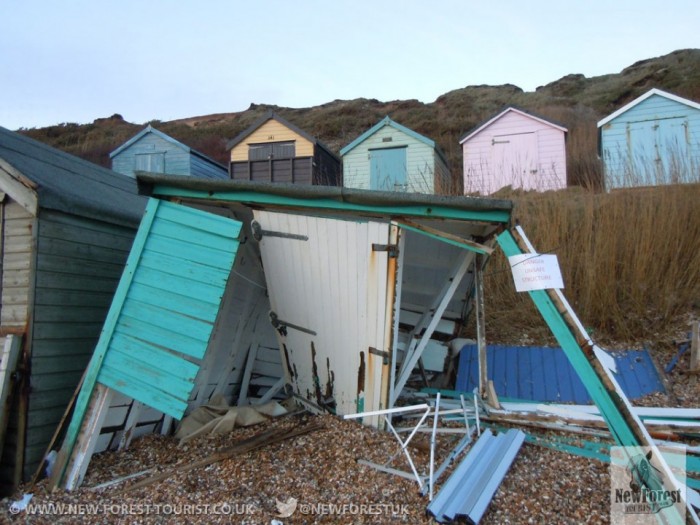 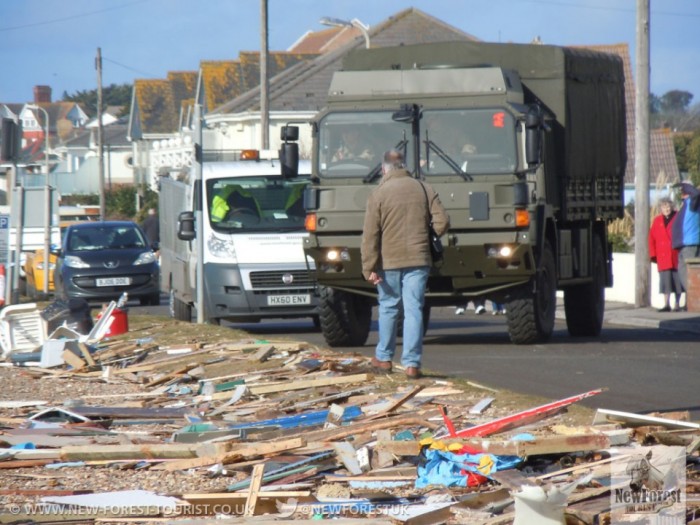